It has an incomparable historical value due to its archaeological richness, fauna and biosphere. The archaeological sites that are part of this region make it the most important in the Mayan world.

Here the legends of one of the most amazing cultures in the world are born. Its fascinating archaeological sites are surrounded by jungle, including the Tikal National Park, which was declared a World Heritage Site by UNESCO in 1979. There are also Yaxhá, Ceibal, Aguateca, San Bartolo and El Mirador, where the largest pyramid of the Mayan World is located. These sites are the setting for the development of the Mayan Civilization. 42 kilometers from Tikal National Park is Uaxactún, an astrological observatory and one of the most important buildings in the area.

Due to its natural reserves, it has been recognized as the lung of the region. There live hundreds of animal and vegetable species. This same richness and forest diversity allows adventure tourism, bird watching and ecotourism. 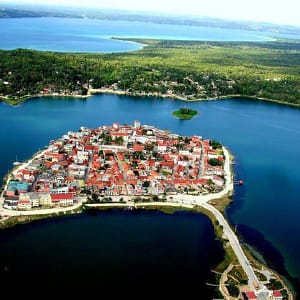